Industrial engineers straddle a unique professional line. On one side, their work is intimately concerned with the same raw materials, human resource assets and business tools that everyone else uses. On the other hand, they deal with high levels of abstraction and process variables that aren’t always easy to grasp or communicate. Internet of Things, or IoT, industrial engineering helps these professionals bridge the gulf and provide enhanced value to their enterprises.

The IoT and industrial engineering practices have existed side-by-side for ages. As the domains intertwine, it’s becoming increasingly advisable to keep an eye on how they connect — and how to ensure that you profit.

What Is IoT Industrial Engineering?

IoT industrial engineering is a step up from regular industrial engineering. Although the goalposts are mostly at the same spots, the gameplay looks a bit different. Numbers still trump all when it comes to managing systems and applications, but the team captains receive their decision-making insights from a better data source. Instead of having to watch the match from high up in the stands or way off on the sidelines, they get to sit in on the action as if they were the players.

Centralized industrial engineering departments use the IoT to acquire data streams with unprecedented clarity. By tapping into different spots across their organization, they maintain a more realistic appreciation of the flow of events.

Picture yourself in the shoes of an engineer who wants to maximize productivity at an automated bakery. To make the most money in a given timeframe, you need to control a range of important factors, such as the power consumption, belt speed and temperatures of the tunnel ovens. You’re also trying out a few new recipes, so it’s essential to integrate customer-derived insights into the optimization process.

This predicament isn’t as simple as it might look. A quick think reveals that none of these problems are really linear. The relationships between baking temperatures and site utility bills or premium ingredient choices and test-taster responses might not exemplify ideal one-to-one feedback loops. There are also more than a few incidentals to consider, such as how your choice of pre-sale storage schedules or branding might prompt dark tides of negative consumer opinion.

IoT systems make these kinds of calculations less laborious. Whereas a normal state of affairs for our hypothetical high-carb engineer might involve legacy control systems that don’t talk to each other, modern application enablement platforms, or AEPs, can unify a diverse spectrum of tools. These Internet of Things tools enhance existing industrial engineering workflows and help enterprises perfect old practices.

Past, Present and Future Use Cases for IoT Industrial Engineering

The IoT plays various roles in industrial engineering. Unlike many legacy feedback and control technologies, its omnipresent applications drive benefits across the board. These seeds result in reasonably fertile ground for connected problem-solving. Here are a few noteworthy IoT industrial engineering patterns that have cropped up as a result:

• Augmentation: Many industrial engineering IoT applications don’t really focus on accomplishing something completely new. Instead, these systems fulfill watchdog roles by adding new layers of observability to current projects, processes or business units. An industrial engineering team that wants a better view of how a transportation network operates might use the IoT to collect more data points, such as transit times and fuel spending.

• Execution: Many IoT systems include control elements, and executive applications may overlap with the exploration and augmentation variety. For instance, the industrial engineer from our bakery example might program their IoT system to remember the different recipes and control the ovens for consistent results. They might then go a step further and augment their process by using per-package QR code tracking to get customer reviews for specific batches.

Part of the beauty of the merger of industrial engineering and the IoT lies in how well the two concepts complement each other. Industrial engineers solve hefty optimization problems — without always knowing which factors are limiting — by applying rigorous math to real-world assets. Connected devices deploy robust problem-solving units in the real world to inform more accurate observations. Although the beginnings of the IoT in industrial engineering were restricted to a few select examples, the scope of solvable problems is only widening as time rolls on.

Hunting for Causation: Why Do Industrial Engineering Companies Work Better With the IoT?

Industrial engineers commonly turn to the IoT when they face complicated problems. This technology’s success is rooted in some facts that you might not have realized:

• IoT systems boast significant potential for RoI. In addition to requiring minimal funding to implement and maintain, they actively contribute to process-specific savings.

• Industrial engineers have a huge variety of sensors and controllers to draw from. In other words, you can track anything you might benefit from knowing and enact specific changes while minimizing side effects.

• The IoT goes the distance along with your enterprise. Connected feedback systems are low-mass and rugged. Industrial processes aren’t always restricted to the bounds of your factory walls, so it’s nice to be able to watch assets as their lifecycles carry them further afield.

• The IoT is self-correcting. Since the Internet of Things is built atop advanced programmable systems, you can get it to implement complex behaviors. For instance, you might use deep learning software to help your IoT gateway rectify traffic bottlenecks, ensuring all of the data makes it to your dashboard intact.

• AEPs ease data-sharing with advanced, user-focused capabilities. Want to build an app that alerts you if a particular performance indicator falls outside of its maximum acceptability limits? You don’t need to install a separate software program or tool with the IoT. Feel like creating a tool that lets your accounting or supply department access the raw data they’ll require to implement your well-considered suggestions? Just customize their login dashboard. Using application frameworks that give you absolute control over your workflow improves the odds of your organization staying on track.

Seamless industrial engineering IoT integrations bring you information at light speed. They’re unobtrusive and consistent, enhancing data quality to help you keep clear of distortions. Whether you’re conceptualizing or ready for a new implementation, getting off on the right foot is simpler with an established AEP leader. Ask us how to build a better framework. 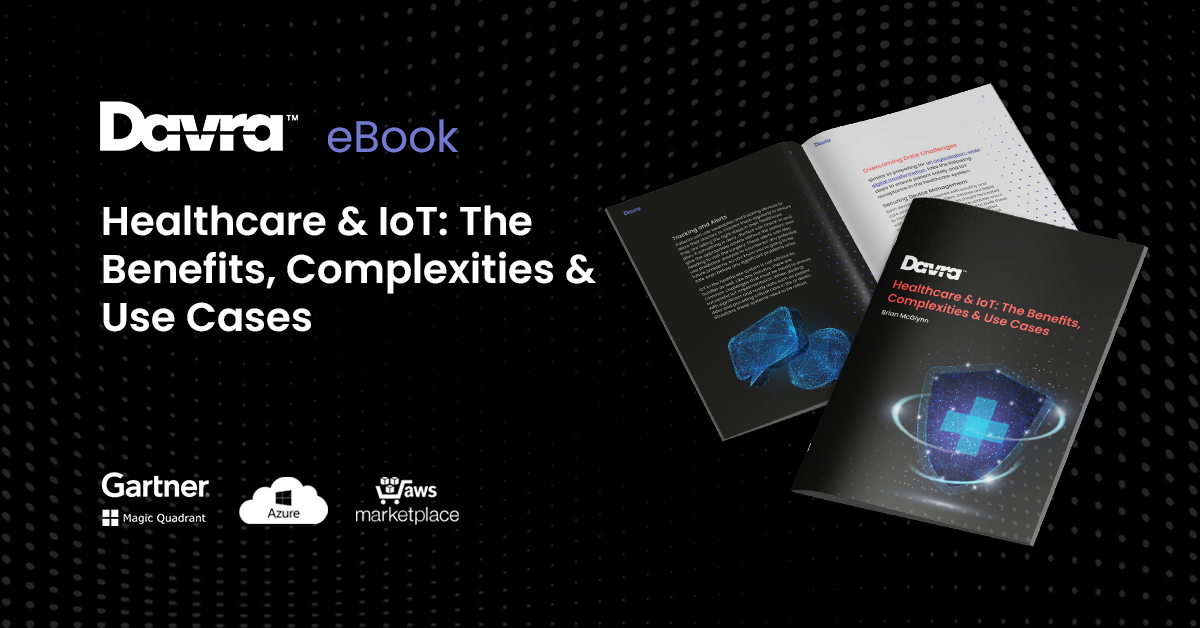